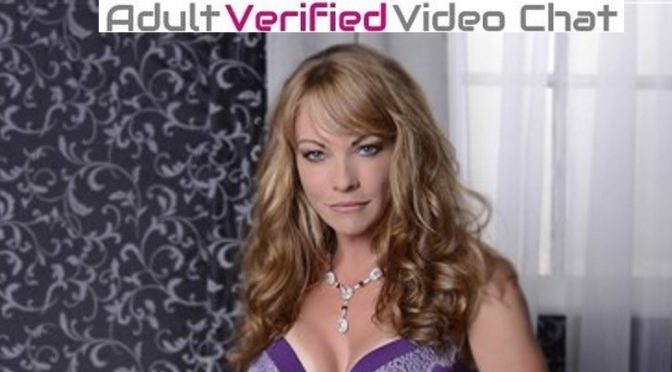 5-1/2 years since leaving Streamate, Shayla LaVeaux is giving the webcam thing another try, but as a private one-on-one deal rather than a video chatroom situation. However, “cam-show” is not how ADULT VERIFIED VIDEO CHAT describes its service, due to the exclusive one-on-one aspect. As one might presume, this “exclusivity” comes at a price. Be warned, though, there is simply no such thing as spending too much time being with Shayla!

This was more of a mini-update to whet one’s whistle for upcoming content featuring Shayla LaVeaux (+ Chantelle Fox) produced during AEE Week 2015. From the resulting pictures, Shayla has decided to let her fans pick which one(s) for her to use in future promotional material. As a throw-in supplement, the nerds at Shayla.com have included a brief BTS video depicting Shayla and Chantelle chatting with King and crew after completing a G/G scene on January 20.

Experience it with your $20/month membership.

Due to illness, Shayla LaVeaux was unable to put in more than two days of shooting during AEE week in 2015.
Neither did she attend the AVN AWARDS SHOW, electing to fly home early on Saturday morning.

Jet lag caught up to Chantelle on Wednesday, so both girls took the day off to rest.

By the time I arrived in Las Vegas on Thursday afternoon, Shayla was feeling flu symptoms and all her remaining shoots for the week were effectively cancelled.

Shayla:
I’m not sure what else to add. I wasn’t planning on attending the awards. I had planned to go to the AEE convention, itself. Thursday, after the shoot we ate at the Pink Taco and that was when I really started getting sick. I believe it was the flu and my immune system was weakened by a hectic schedule and two bouts of pneumonia starting from November. Sadly, my shoots were cut, but I had an amazing time with the whole Risque gang and playing with the delicious Chantelle Fox (and Jay Smooth, such a pleasure). Super bummed it was cut so short, however, I’m finally starting to feel like my old self again…although still pacing myself and trying to take it easy.

Two years ago, Shayla LaVeaux was in Las Vegas for only the last day of AEE 2012. Thus, the number of locations available for nude photography was limited to pretty much the Grand Poobah’s hotel suite; particularly, his wet bar sink. The main photo set derived from this shoot was published back on 02/01/12. This current update is the second to feature BTS pix taken during that shoot.

The video component of this update is made up of 5 clips, only one of which is relevant to the photo content. The others were shot years later, whilst AEE 2014 was in operation.

In total this content update consisted of 23 BTS photos (or only 21, as one pic is actually a triptych) and 5 video clips (or only 4, as a couple are LQ/HD versions of the same content.

1. Starting Slow: THE WARM UP runs 00:35 with file size of 8 MB. It is a very brief outtake real showing Shayla rehearse her monologue for the ensuing clip.

2. Starting Slow: DAY ONE runs 02:30 with a file size of 32 MB. This was an attempt to get Shayla hip to the idea of video blogging for YouTube and the like. It was shot her first night attending AEE 2014.

3. Subtle Motivation runs 00:28 with a file size of 6 MB. Lensed by D.Minion during the photo shoot which provided the image set for this update.

4. Dancing Feet [LQ] runs 02:20 with a file size of 9 MB. This is the same MP4 available at Shayla’s clip store in higher quality formats, not to mention the following.

All that new stuff and quite a bit more vintage material are available with a $20/month subscription to SHAYLA.COM.

“Never interrupt your enemy when he is making a mistake.”