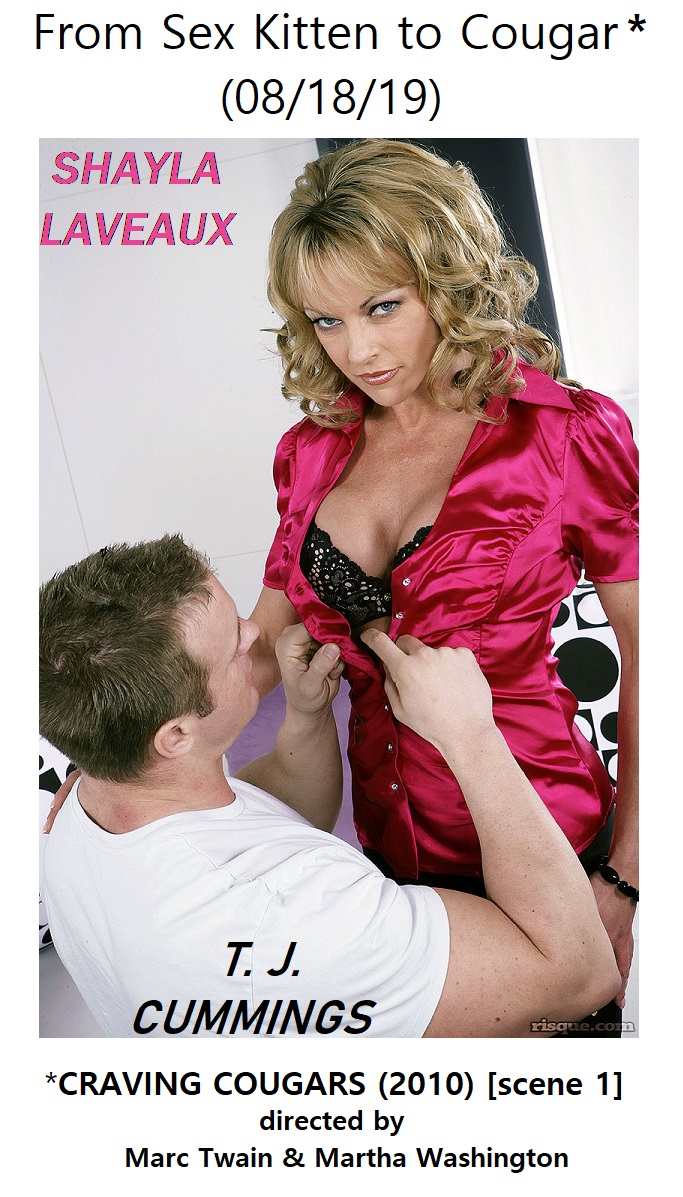 Another one of those mixed bag updates, featuring content made some 21 years apart. There are a half-dozen photos from her first topless shoot 1988. So early in her career, the photographer had know way of knowing that “Shayla LaVeaux” was posing for him. Next, there’s 1 pic from her first professional magazine shoot for Clive McLean (CHIC, March 1993). The remainder/bulk of the update features Shayla and T. J. Cummings in hardcore action from CRAVING COUGARS (2010).

Enjoy Shayla’s content from way back then and somewhat closer to now with $3/$20/$30/$60 subscription options.

This was a more complex update about Shayla LaVeaux than what I had gotten used to posting about. Mainly, due to how I haven’t had to make one in over a year thanks to a dysfunctional auto-tweet that was finally disabled… last year. However, I digress.

Returning to the task at “hand” requires uncorking the nostalgia bottle to pour out a triple shot of the Naughty Nineties. Material from three out of print features directed by Paul Norman, Nick Orleans, and Anthony, respectively. Sadly, only one provides a video clip, but the photo sets cone from the other two. You might recognize quite a few faces/figures as people who are still active (to varying degrees) in adult entertainment: Niña Hartley, Kylie Ireland, Ramon Nomar, Mark Davis, and Amber Michaels. 90’s Nostalgia — goes down like Stroh’s beer, but with the refreshing aftertaste of ZIMA.

SURRENDER was one of Shayla’s most ambitious features, taking place primarily in flashbacks of JAZZ AGE Hollywood, sparking her interest in that era, which persists to this day. Shayla and Mark Davis play the ghosts of a married pair of Hollywood stars who died on their honeymoon in 1930 and have been haunting the hotel and fucking the guests ever since; most prominently, Missy. The nerds misidentified a few pix as coming from SURRENDER, which were really from DARK PARADISE #1, an S/M feature from BIZARRE VIDEO which Ernest Greene must have started shooting immediately after SURRENDER wrapped since it utilized the same location and Shayla’s hairdo and make-up carried over.

SURRENDER (1997) was never released on DVD, so, good luck finding it on auction sites! DARK PARADISE #1 (1997) and SWEET DREAMS (1999) still available on DVD and VOD. All video photo content included in update is accessible from SHAYLA.COM through your choice of $3/$20/$30/$60 subscription options. 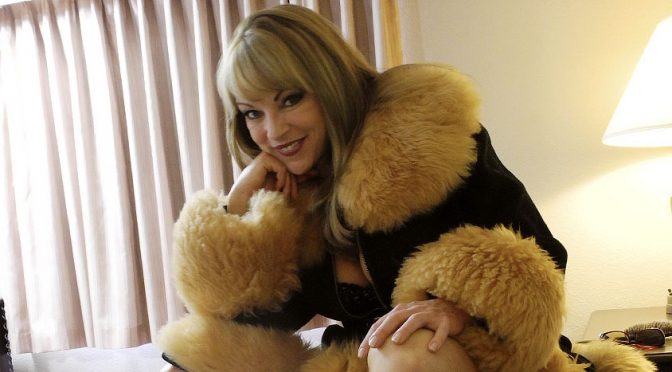 The first time Shayla LaVeaux invited me to one of her photo shoots was over four years ago on 01/19/13. Sadly, all of Shayla’s scenes with Julie Cash were shot on 01/18/13. D.Minion was in attendance, however, so this update consists of a text story and 31 BTS photos by her. There is also a 19:22 view-only video which was originally released as a downloadable clip titled “The Family Business” on FEMDOMDESIRE.COM and CLIPS4SALE.COM way back on 02/03/13. Shayla LaVeaux scene release update February 2013

“It's not easy being green.”