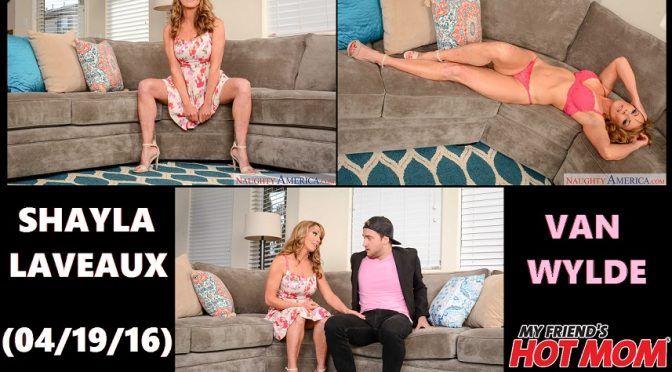 Van stops by to see his girl, but she’s out. Luckily his girl’s mom, Shayla LaVeaux, is there. Van and Shayla get to talking and Van confesses that his girl doesn’t want sex as much as he does. Luckily, Shayla is there to take care of Van’s problem.

Normally, I post about a new scene on the day of release. Due to various circumstances (DNS Unlocker, primarily), I was not able to view the scene at NAUGHTYAMERICA.COM until a day after release. However, it was totally worth the wait! Is “Yogasm” a word? Well, it is now!